Create the future of medicine

„For us, the m4 Award was the first essential stepping stone towards a successful start of our company.“
Dr. Nils A. Kulak, PreOmics GmbH

Start-ups for the medicine of the future

It is the vision of the Bavarian biotechnology cluster to establish itself in the long term as one of the world's leading locations for precision medicine - the medicine of the future. The promotion of innovative start-ups and the support of young, growth-oriented companies are central concerns of the Bavarian State Government.

Since 2011, the Bavarian State Ministry of Economic Affairs, State Development and Energy has supported the m4 Award which was initiated by BioM. The pre-seed competition is aimed at academic research projects with spin-off potential in the field of biomedicine.

Research teams at Bavarian universities and research institutions can apply for project funding of up to 500,000 euros for two years with their start-up project. The funding will be used to finance the steps required to set up a spin-off and, ideally, to reach the start-up stage. The winning projects not only receive financial support, but also active support from BioM, the responsible technology transfer organisations and other experts.

A total of 25 research projects with spin-off potential have been awarded in five  calls. Here you can find the award winners for the years 2011-2019.

Eight successful spin-offs have been realized so far.

Trianta Immunotherapies GmbH, which focuses on personalized immunotherapies, is a spin-off of the Helmholtz Center Munich. The start-up was taken over by Medigene AG located in Martinsried shortly after its foundation. Focussing on Trianta’s innovative immunotherapies, Medigene AG has more than quadrupled its market capitalisation.

2014, MetaHeps GmbH was founded, a spin-off of the LMU Munich. The company has developed an innovative platform technology for the prediction of drug-induced liver injury in individual patients.

Preomics GmbH is a spin-off of the Max Planck Institute of Biochemistry in Martinsried. The company was founded in early 2016, to bring mass spectrometry-based proteomics into clinical application.

T-CURX was founded in spring 2017. The spin-off of the University Hospital of Würzburg is working on a new generation of CAR T-cells that have a stronger antitumor effect and at the same time prevent an excessive reaction of the immune system.

As a spin-off from the University Hospital of Würzburg, Cherry Biolabs was founded in the beginning of 2019. The company has developed a new antibody format that is supposed to lead T-cells even more precisely to cancer cells. The idea is based on two incomplete antibody fragments (hemibodies), each directed against a different target structure on the cancer cells, which only become a functional unit in the tumour tissue.

Tubulis was founded in July 2019. Tubulis generates uniquely matched protein-drug conjugates, unlimited by indication, by combining proprietary novel technologies with disease-specific biology. The goal is to expand the therapeutic potential of antibody drug conjugates (ADCs) ushering in a new era and delivering better outcomes for patients.

Knowing01 and ImmuCon were both founded in early 2020. Knowing01 is a spin-off of the Institute of Computational Biology at Helmholtz Zentrum München and has developed a big data analyzing software to identify biomarkers and drug targets for personalized therapies. ImmuCon from the University of Regensburg has developed an antibody for combination therapy with steroids for the treatment of acute exacerbations of multiple sclerosis.

In 2016, the sister program of the m4 Award was announced for the first time: The Medical Valley Award targets medical technology topics in the healthcare industry and is coordinated by Medical Valley EMN. 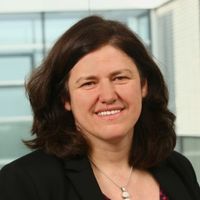 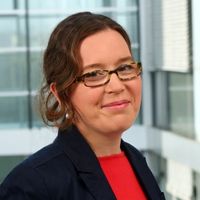